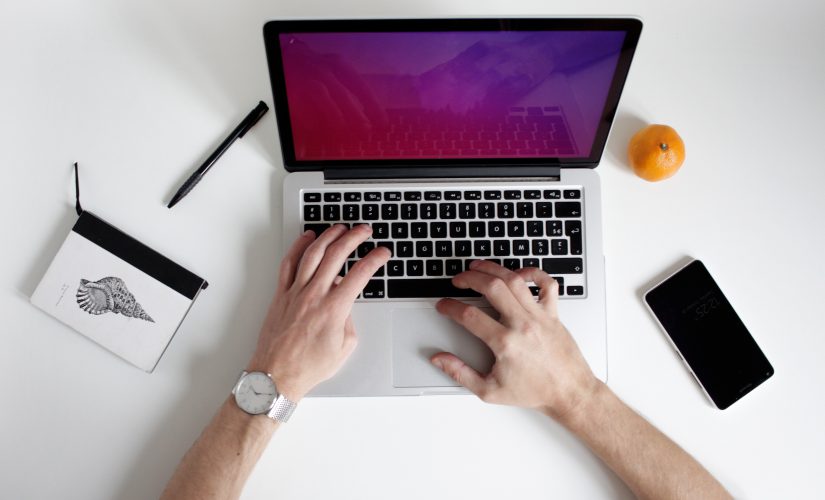 Best 10 Programming Languages to learn in 2017

Staying on top is one of the key factors for business and technological innovation. And with over 600 unique programming languages, deciding on the best programming language for your project may be difficult, and can be the hardest part in the initial development phase.

1. Swift: More popular than Objective-C, this is the language for developing native iOS or Mac OS apps, and is the programming language with the most potential for reshaping the future. Native apps have been found to outperform cross-platform hybrid apps, and SpriteKit makes it even easier to build 2D games. Indeed, it builds itself on the successes of C and Objective-C without the constraints of compatibility.

It was heavily influenced by Ruby and Python, and is considered user friendly and fun to use. Operating as a high level language, generally being easy to maintain, Swift is a general purpose, multi paradigm language developed by Apple for iOS. So if working with Apple products is your niche, this is the language for you. Being a statically typed language means that Xcode checks your errors for you, so your errors are easier to track down, and further, as the definition of things are more definite, it operates faster. 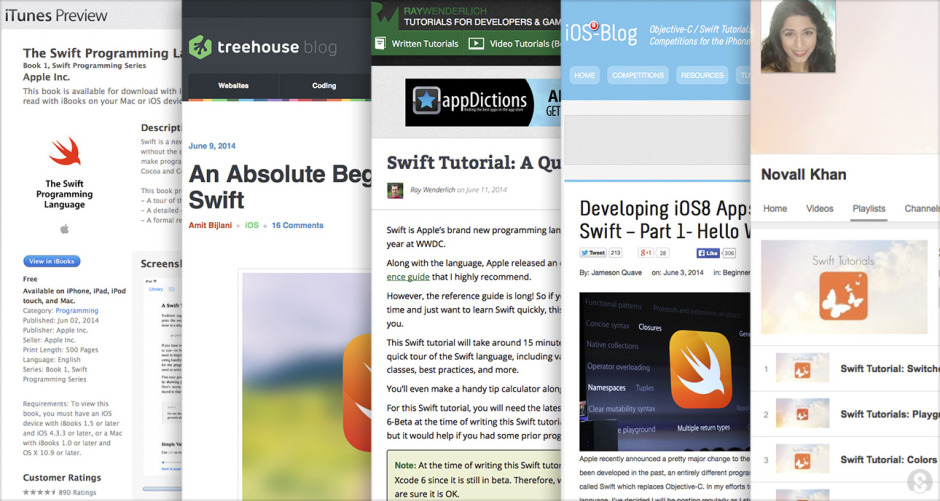 Swift has an edge over its competitors as it also hosts the Automatic Reference Counting (ARC), an well-known feature which tracks down and manages an app’s memory usage in real time to make sure it’s not taking too much memory. Using this language has the potential to give you an edge, as iOS apps are generally more profitable than Android apps.

2. Ruby: A general purpose, object oriented programming language born in the 1993 by Yukihiro Matz Matsumoto. It’s 5 times more in demand than Python, and one of the fastest growing programming languages, seen only to Java for the most projects completed. In fact, Ruby is so easy to use you can create an app in it in under 10 minutes. Groupon, Airbnb, Pxlr, and Bloomberg are all coded in Ruby, as well as many more.

Ruby operates as a dynamic, object orientated, because it reads like English, it makes the code easy to read. It’s needed to maintain code databases for many high end websites, so Ruby’s demand is increasing, so much so that it’s become common within DevOps roles, i.e. the engineers ensuring the reliability and efficiency of the servers running websites with high traffic. Depending on your company’s needs, this could be the one for you.

3. PHP is widely used thanks to WordPress. 80% of the top 10 million websites use PHP in some sort of way, including Facebook and Wikipedia. There are no hard rules on how to build features, and it boasts flexibility in solving problems. It’s further used widely in a freelance capacity or for popular content management systems. It’s a great choice for web development as it’s mainly a server side scripting language, forming the base of both WordPress and Facebook.

So for web development, learning PHP is mandatory for success. Learning PHP puts you in the position to create stunning, dynamic websites and web applications. You can use PHP for various web development projects, including ecommerce, mobile app development, content management system. It’s an open source, easy to learn, with an easy data base integration and has numerous applications and uses.

4. C++: It was created in 1983 as an alternative to C, and instantly gained popularity, for good reason. It features predefined classes that can be used alongside classes a programmer may already be using. Microsoft Windows and Google Chrome are two of the most well known projects created with C++, and indeed, most of Adobe, and much of Amazon’s websites are written in  C++.  This programming language has remained in demand because it is a powerful tool that is adaptable in a variety of sectors, including Finance, Banking, Games, Telecoms, Electronic Banking, Retail, and more.

Indeed, learning C++ enables you to code apps as well as games and commercial software with ease. It’s one of the most powerful languages out there, and hosts a variety of features, including being platform dependent, (i.e. the program is executed in the same operating system in which it was developed).

5. C: Established in 1972 to enable programmers to write in the UNIX operating system, it still proves very, very popular. It’s one of the most widely used programming languages in the world. And because it operates as at a ‘machine level’ language’ you’ll be able to learn how a program interacts with hardware. Not only is it one of the most stable languages, it works on nearly all computing platforms.

Dropbox, eBay, and Spotify all use C programming, and the entirety of the Linux OS is written using C language.

6. Javascript: It came up as the most used programming by developers, at  62.5%, as taken in the  Stack Overflow Developer Survey, which surveryed over 64,000 developers in 173  countries. It allows you to build interactive websites, and is truly an essential web tool technology, alongside HTML and CSS, because most browsers in some way implement JavaScript.

It’s crucial for getting into web development, and learning this language paves the way for front end development and back end development. It might not be as useful as Python or Java, but it’s generally easier to pick and do something tangible with, in part because of all of the accessible UI features.

7. Java: Java is one of the most practical languages to learn as it was designed to bypass the complexity of C++. It’s popularity cannot be overstated, as the majority (90%) of Fortune 500 companies use Java to develop backend systems and desktop apps. It’s highly portable as it boasts the cross platform compatible Java Virtual Machine (JVM).

8. C#: Designed by Microsoft, this general purpose, multi paradigm programming language was used for developing apps on the Microsoft platform. C# operates as a general purpose, object oriented programming language. It works for apps powered by .NET frameworks. So, if that’s your market, C# is the best language to use for building apps native to the Microsoft platform, and is further the recommended language for developing games using the Unity Game engine. 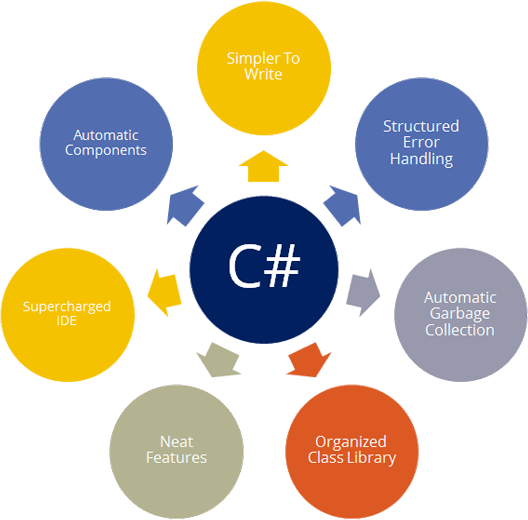 It was designed with simplicity and ease of use as a priority, and because it’s a high level language it reads closer to English. As a language, C# abstracts the complex details of the computer so you as the developer can focus on programming instead of worrying about the little details.

You can make anything in C#, from web services to mobile apps, server applications and more. Whilst experts contend that demand for C# is dipping, Xamarin  changes those expectations, as the platform makes creating apps for Android and iOS much simpler.

9. Objective-C: It is a general purpose, object orientated language derived from C, and was used extensively by Apple for iOS and OS X development before Swift. Indeed, although Swift has gained much popularity, Objective-C is still worth learning because you can create all types of apps, and iOS frameworks still rely on Objective-C. It’s simple to use, and furthermore, can use programming languages C++ and C whilst programming with C.

It works smoothly with Apple, and supports dynamic typing. As a language, knowing Objective-C is a great way to invest into your knowledge portfolio, and is especially useful for those who are interested in making apps for the App Store. It’s thus great for making native apps that are smooth and efficient for iOS software’s.

What’s most interesting about it is that it emphasises safe code (i.e. the objects are managed by the programming language from beginning to the end).  Rust might be the new kid on the block, but it contends with C++ and C as a potent programming language with its resource management algorithm. It borrows the concept of mutable borrowing to make resource management a streamlined, elegant process.

Picking the right program is vital, so really think about what it is you’re trying to accomplish with it. Like learning any new language, you want to be able to be fluent and flexible, and able to apply it in a variety of contexts. It may sound like a lot to take on, so if you have any questions about which language you should be using for your project, don’t hesitate to contact us further for a professional opinion.

We have a wealth of experience and our developers are committed to a streamlined, transparent development process. Contact us today for a free consultation! 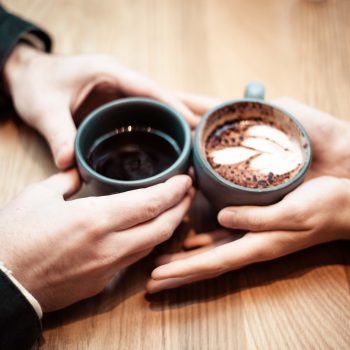